Welcome ......... At Wallace Springs our goal is to be a Canadian Centre of Excellence in Ethical & Sustainable Agriculture demonstrating that a family farm can be profitable, practice environmental stewardship and produce a stable food supply, in perpetuity without degrading the natural resources that support our production processes..........cont'd in About us.

For whatsoever a man sows, That shall he also reap 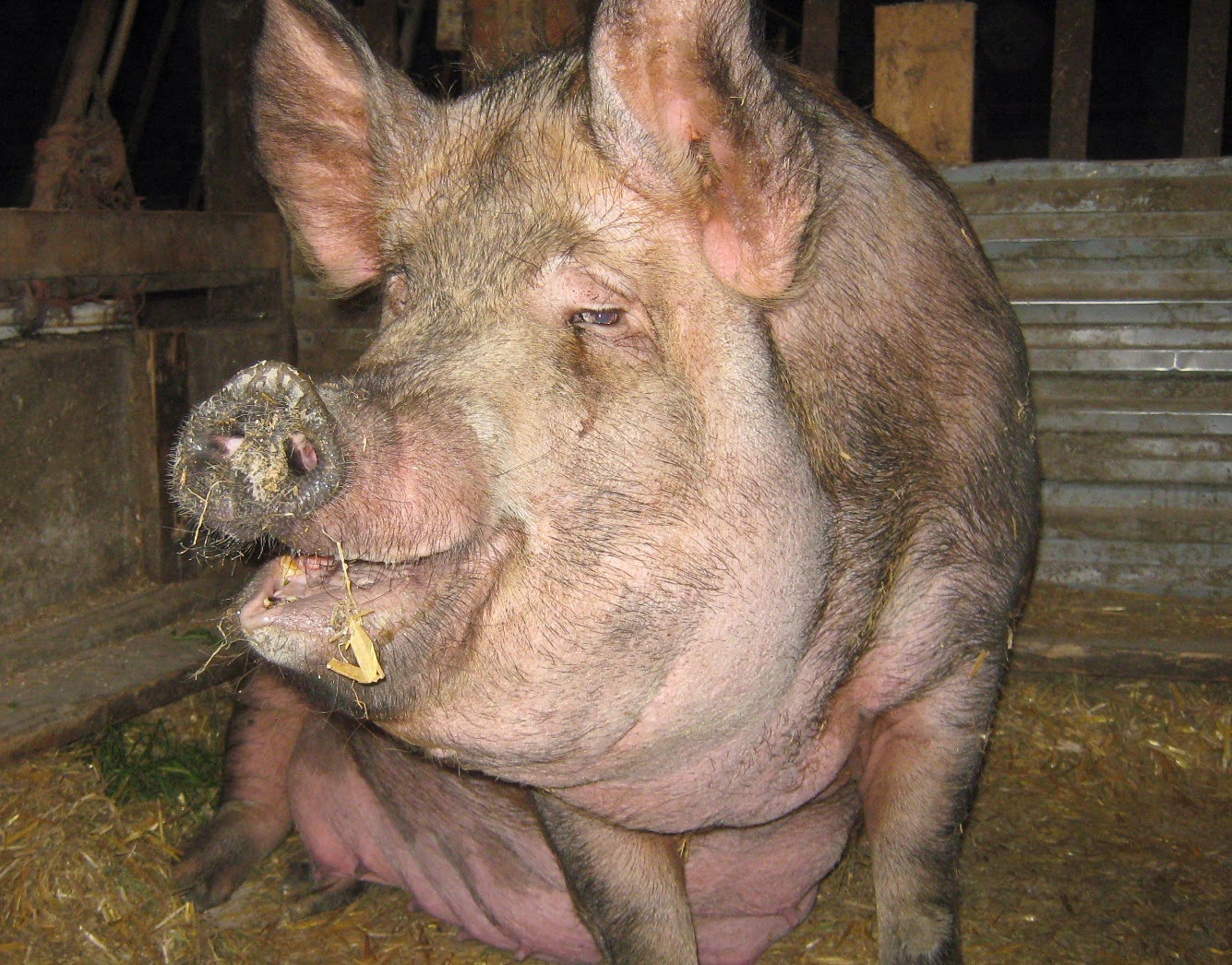 Raising hogs for meat and doing it in a manner that is responsible to the welfare of the animal while it is alive,
good for the environment and fertility of the farm and produces a healthful and delicious product for the person sitting down to a meal of pork takes a lot of human effort and management. The word is husbandry. To do so without the use of GMO feeds, concentrations of waste, phosphorus loading, etc is at the very least a break even proposition when the final product brings a price point around 2.5 times higher than what is available at the average grocery store.

People will never brag about how cheap their car was, what low end price they paid for their house, what bargain rate clothing or cosmetics they regularly use, but they will, 9 times our of 10 look for the cheapest price when it comes to what they put in their shopping cart and eventually their bodies. They don’t take into account the treatment of the animal in these operations- at best it is equivalent to a concentration camp .

They don’t give a thought to the eventual harm it does to the surrounding soil and water, they don’t think about the effects of the pass through chemicals from pesticides and antibiotics to GMO genes, nitrates, nitrites, bleach and herbicides contained in the flesh of these animals and the long term health consequences of consuming them. They see the family farmer selling a pound of uncured, maple smoked bacon for $15 a pound and think “elitist”.

The problem isn’t in the poor redneck who makes his deal with the Smithfield devil and indebts himself to a CAFO just to save the farm, it isn’t in the Chinese business that profits off the venality and penury of the average American “consumer”, it isn’t the AgriCorp peddling their genetic mutations at the cost of our soils and open pollinated species, it isn’t the grocery chains and big box stores with their lowest common denominator customer base using FSA taxpayer subsidized free food cards to lard on as many extra pounds as their radically reduced lifespan will allow. The problem is people being so out of touch with nature and reality that they don’t see nor understand the very nature of their own existence apart from their role as a consumer in a race to the bottom.

Eating is something we all do, I can say this with confidence. Nourishing our bodies is something only a thoughtful and purposeful human being does. You are what you eat. When you begin to eat keeping all these things in mind you begin to change- physically your body becomes healthier, leaner, fitter, more capable of healing when injured, more resilient when fighting off illness and disease, your eyesight, joints, musculature and bone density improve or last longer.

You see the effects of your choices when you look outdoors and at your environment, you enter into relationships with people who actually raise the crops and the animals you consume and benefit them and their efforts which in turn benefits the environment. You improve the lives of the crops and the animals you are eating by giving them better environments in which to live and lives in tune with their nature and diets based on what they require rather than on what makes them fatter faster. There may be a downside to it, but I haven’t found it yet.

Those lagoons of swine manure and urine filled with chemical residue are what the average consumer looks like inside. It is their world view and lifestyle made manifest.

The bounties of this Earth, the flavors of woodland and pasture, fruit and grain turned into flesh, the health benefits of clean foods, fresh from your local farmer or gardener, the thriving and living soil nourished by the decomposed manures of healthy well fed livestock covered in lush growth, year after year, the quality of the water filtered through spongy soils alive with billions of micro organisms- these are gifts given to us for little more than ur commitment to do what we know is right, what we can see is beneficial for ourselves, our families, our communities and our planet.

“Be not deceived; God is not mocked: for whatsoever a man sows, that shall he also reap.”

"The feed that Monsanto hasn't messed with"

Click for more info on our Organically Grown Garlic

cowboss
Returning to my farm country roots, after a successful engineering and business career in the city, it did not take long to figure out that something quite bad had happened while I was away ....... Industrial Factory Farming and with it, the Commoditization of farm animals. After being "angry" for a period I have resolved that change can only happen when the consumer re-connects with their food producer. Will you join us on this journey?

This blog is not, and will not, be affiliated with any Corporate, Government or Private entity which could exert editorial control over any of the content of this site.